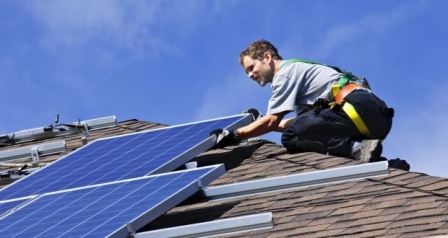 Scheme part of Climate Action Bill which sets target of retrofitting 500,000 homes by 2030

People will be able to avail of Government financial support to cover up to half of the cost of deep retrofits for their homes under plans approved by Cabinet today.

Ministers signed off on proposals for the new Home Energy Upgrade Scheme brought to the meeting by Minister for the Environment Eamon Ryan.

The scheme is one of the centrepieces of the Government’s Climate Action Plan and there is a target of retrofitting 500,000 homes to BER B2 standard by 2030 and installing 400,000 heat pumps.

Under the plans grants of more than €25,000 will be offered to individual householders to help pay for increasing their home’s energy efficiency and the scheme will cover close to half the cost (45-51 per cent) of a deep retrofit that would improve a dwelling’s energy efficiency to a high B2 rating.

A sum of around €25,000 is understood to be at the upper end of what a household could get under the scheme.

The sums on offer depends on how much work a householder will be getting on on their homes. The grants are fixed and applied per measure like the installation of a heat pump or external wall insulation.

One example of the kind of support on offer is the State contributing €26,000 of the €53,000 cost of deep-retrofitting works on an average hollow block semi-detached home with an E2 rating.

Bringing the rating from E to B would reduce the heating bills by as much as two-thirds, leading to substantial savings each year.

Although the Government’s main focus is on deep retrofits, there will also be 80 per cent grants available to households who opt for more minor work, such as insulating attics or cavity walls, reducing the overall cost of such works to as low as a few hundred euro.

The Sustainable Energy Authority of Ireland’s website is being updated with details of the grants available on Tuesday evening and the scheme is being launched immediately.