The Irish Property Market in 2020 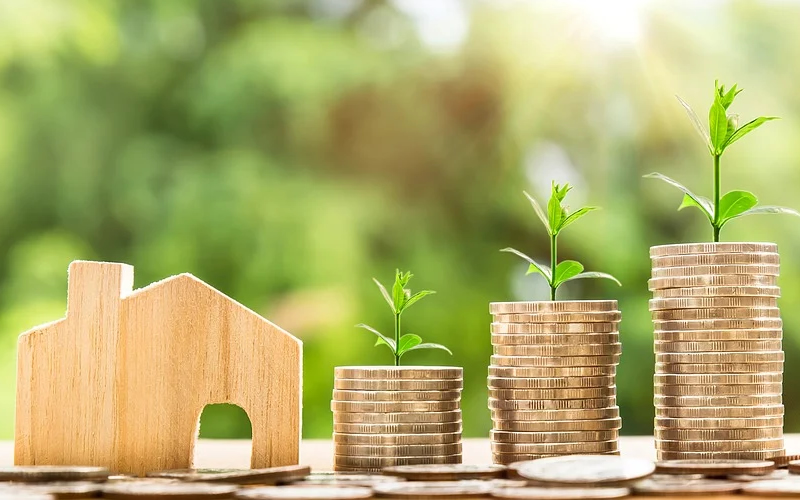 A new year and decade is typically a time of new beginnings.   Heading into 2020, concerns around Brexit, housing supply and demand, and affordability obstacles for first-time buyers are all part of the hangover of the last twelve months.

But what really panned out, and how is it going to impact the Irish property market in 2020?

2019 Prediction #1: House Prices Rose – But Not as High as Predicted

Around the country, house prices rose in 2019 but they didn’t peak at the predicted 4.2%.

Instead there was a 3.7% hike nationally prompted by slow growth in Dublin, Cork and Galway primarily.

In Cork and Galway housing prices climbed to a modest 1.9% and 2.2% respectively, which again was off the mark of the predicted 4 – 5% surge.

No county saw a decrease, though Kilkenny experienced 0% growth.

For the most part, economists say the slowdown in house prices was due to Brexit uncertainty but also the strict mortgage lending rules that, as we predicted, remained in situ for the last 12 months.

Including a loan limit of three and half times gross income and a first-time buyers deposit of 10%, these rules have placed a harder ceiling on borrowing.

The Central Bank is clear that property prices are not their target – strengthening borrower resilience is. And as they’ve committed to maintaining the stringent mortgage measures throughout 2020, hopeful home-owners aren’t out of the woods yet.

Prices may be holding steady, but the cost of buying a home in Ireland has risen more than twice the EU average of 4.4% in recent times, which makes saving for a deposit still a challenge for Ireland’s non-high-earners.

In 2019 we predicted more new homes on the horizon, and we were right.

But, while the Central Bank rounded the total number of new dwellings to 23,000, even adjusting for discrepancies in figures, this falls short of the 35,000 homes the Consumer Market Monitor (CMM) reported were needed to be built annually to meet demand.

Prediction #4: The Impact of Brexit – But the Sky Didn’t Fall In

The will-they-won’t-they cliffhanger that was Brexit in 2019 definitely played havoc with the UK housing market and stalled Irish buyers as a knock-on effect.

But the 30% tumble in British housing prices that was a “worst-case scenario” prediction from Bank of England Governor Mark Carney if a no-deal scenario remained on the table thankfully didn’t happen. The now-expected transitional Brexit deal will have a softer impact on the housing industry, though economists warn that the Brexit headache hasn’t gone away just yet.

Prediction #5: Economic Growth – Despite Our Worries

Still, it wasn’t all gloom. At the beginning of the year the European Commission forecast that the Irish economy would grow by 4.5%, though this was quickly revised to 4.1% in February due to a decline in consumer confidence brought on by, among other things, fears around Brexit.

However, it seemed that despite the uncertainties caused by our near-neighbour, the economy managed to stand its ground, and by December 2019, the ESRI was reporting that based on GDP output the Irish economy had grown by 6% in the current year.

At 4.8%, the unemployment rate fell a smidge lower than the 4.9% predicted, leaving Ireland’s labour market in a very strong position as the curtains came down on 2019.

So What Will Happen to the Property Market in 2020?

So, they were the predictions and outcomes of 2019. But what do the experts – and our own research – tell us is likely to steer the property market in 2020? Here are some of the main forecasts for the market in the year ahead:

House Prices Will Rise – But Not by Much:

The price tag on Irish houses stayed steady for the most part of last year, and estate agencies are predicting more of the same in 2020.

Across the Dublin region most are anticipating an even lower rise of 1.6%.

In the major cities outside the capital, projected prices reflect a slow return to confidence, with a 1-2% climb predicted in Cork, 2-4% in Galway, and a 5% in Limerick.

Interestingly, many estate agencies are predicting house prices may jump 5-10% in border towns like Mayo and Monaghan if Brexit finally finds it flow. The CSO median cost of a home in Castlebar, Mayo, is currently €145,000 and €148,000 for Monaghan Town.

This is still a far cry from the price of the average three-bed semi-detached house in the capital’s postcode districts, which stands at €425,833.

And, if you’re coveting a similar crib in five of the top residential areas in Dublin (Ranelagh, Milltown, Ballsbridge, Portobello and Sandymount) you may need to add an extra €250,000 to that price.

New Homes Will Be Built:

Plans to tackle the country’s housing shortage will continue this year as the government has pledged €2.5 billion of funding to the Housing Programme. This includes funding for 25,000 new homes to be built in 2020.

While this is an encouraging indicator that the housing industry is moving in the right direction, according to the Central Bank, Ireland needs to build 34,000 new homes per annum for the next 10 years, and a total of 550,000 by 2040 to meet demands of the growing market.

How this will be managed is unknown as yet, and certainly issues such as location and price need to be part of the mix.

Alongside brand new estates, many builders are returning to finish the job that was cut short by 2008’s crashing economy.

At the height of the recession, over 3,000 developments were left unfinished across the country, representing nearly 50,000 homes.

Since 2016, the Department of Housing has been working to resolve this issue, with a small number of estates demolished, and others repurposed for social housing or continued private development.

Next to “Brexit”, “affordability” – or the lack thereof – was a conversation starter for many wishful homeowners in 2019, and it’s a topic that’s likely to get hotter in 2020.

The Central Bank’s decision to cap mortgage lending at three-and-a-half times annual salary has undoubtedly achieved its goal of protecting the market against over-inflated prices, and it’ll continue to do this in 2020.

But this cap has also been hailed as the reason many first-time buyers can’t get a foothold on the property ladder. Recent CSO figures puts the average annual earnings of a worker in Ireland at just under €39,000.

This will continue to make it a strain for would-be buyers to come up with the bucks for their first home this year, even at the triple price of their salary.

Of course, the extension of the help-to-buy scheme until December 31, 2021 will be welcomed by many new buyers in 2020.

This offers tax refunds of up to 5% or €20,000 on buying a newly built home and over 12,000 people in Ireland applied for the scheme between January and November last year.

The fact that it doesn’t extend to second-hand homes is likely to see further stagnation in that part of the housing market this year, though.

But other new solutions to Ireland’s housing affordability crisis are predicted to step into the spotlight this year, and may include initiatives like the owner-occupied, housing co-operative, developed by cohousing alliance Ó Cualann.

Common Ground Co-Housing in Wicklow is another innovative housing model where a shared loan is repaid and individuals own shares rather than house deeds.

According to Chartered Accountants Ireland, 2020 is expected to be a steady year for the Irish economy, helped by new jobs, stronger wage growth, falling unemployment, and a renewal in confidence now that it looks like we’re finally getting closure on Brexit.

The country’s economy is predicted to continue at a relatively solid pace with Gross Domestic Product (GDP) expected to grow by 3.2%.

Now that the UK’s process of withdrawing from the EU is final coming to a close, economists are also forecasting a “Brexit bounce” benefit to the Irish economy. The impact of this will predominantly be seen in a return to confidence in consumer spending, which experts predict will rise by 2.4%.

However, watch this space if the free trade negotiations between the EU and the UK return to a “cliff-edge” as the ensuing complications for Ireland could curb confidence and prompt people to start spending less.

As evidence of its economic recovery, Ireland has been experiencing a job boom and employment is forecast to rise by 1.7% in 2020.

Related to that, unemployment is expected to drop to 4.6%, it’s lowest rate since 2005.

However, this might mean reeling in and retaining labour is one of the challenges businesses face in the coming months.

The point has also been made that with the UK on its way out the door of the EU, Ireland could very well be the only English-speaking country in the EU27 by the end of the year. This would shine a heavy spotlight on the country as a top base for multinationals.

But while that would support Ireland’s strategy for attracting investment, it will also likely bring attention back to its 12.5% corporate tax rate, which both the Organisation for Economic Co-operation and Development (OECD) and the EU have sign-posted for reform.

As with any year, the predictions for what will happen to the Irish property market in 2020 will need to follow a wait and see approach.

However, we do know that many of the 2019 predictions were on the right track with what eventuated: