Quantity surveyor Patricia Power: Waiting to build ‘could make a difference of €20,000’ 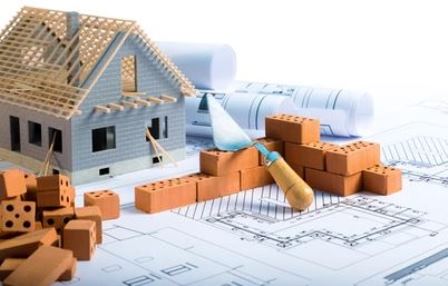 Hang onto your calculator if you’re planning a renovation, advises quantity surveyor Patricia Power – it’s going to continue to be a bumpy ride in the building game.

The number-cruncher is one of the star attractions at this year’s Permanent TSB Ideal Home Show, which opens on Friday, October 22nd, and runs until the end of bank holiday Monday, October 25th. She’ll be discussing issues people face when looking to build or renovate. And Power’s sage number crunching has never been more in demand than in an era of crazy price inflation, labour and delivery shortages.

All anyone is talking about is costs, she says, of the fierce price hikes in every sector of the industry. Anecdotally there isn’t a kitchen to be had and builders’ tenders are only valid for seven days after issue because rising costs mean after that time prices have to be recalculated.

Many architects and good builders have stopped taking on more work – they are flat-out and committed to jobs for the next 18 months already. Would-be clients want to know if they should go ahead or wait and she doesn’t know the right answer.

“It’s a complete unknown and everyone in the sector is exhausted, overworked and stretched to their limits.”

The increase in demand is crazy. Those who didn’t spend money on their usual holidays and dining out have saved considerable sums. The lockdowns, supply shortages, Brexit impacting the cost of deliveries from and through the UK, the cost of transporting goods from China and the shortage of labour in Ireland have impacted every single part of the industry. Materials such as stone paving, which used to cost €30 per sq m now costs €42, an increase of over 28 per cent. It is now cheaper to source from Europe, even though it costs more there. The turnaround time is faster too.

Earlier this year, many within the industry started buying in bulk, squirrelling away large stocks of timber and insulation, in particular, to try and counter the price increases. But suppliers then limited quantities so that they could spread them between smaller builders as well as the bigger firms.

It’s done very little to calm pricing. Power estimates insulation is up between 30 and 35 per cent; timber, including plywood, is up 300 per cent; and steel is up by between 15 and 20 per cent.

But you can’t put those kind of increases onto the bottom line, she says. So how do you square the circle?

“The net cost of renovations has gone up on average 12 per cent,” she says. “Costs are changing week on week. When I get an order in now I get suppliers to hold the price. And even getting pricing is now taking an age. What used to take 24 to 48 hours now takes up to two weeks. You almost have to be making decisions on finishes and ordering the relevant materials before you go for planning. Everyone’s flat-out, apologising for delays and at breaking point.”

Does this hot market spell the end of the great big house extension? That depends, she says.

“Some people need the work done and that’s it. These are mainly busy professionals that haven’t been financially affected by the Covid crisis. Others are choosing to wait it out. It could be the difference of €20,000 to the final bill. For some it will make sense to hold out.”

There is very little good news, she says.

“It is booming at an excessive rate. The only thing that will slow it down is more labour. But there are shortages there too. The 30,000 homes in the Housing For All plan will not happen unless there is an increase of labour and of skilled trades. Even if we were to import talent, these will need courses and training to get up to speed on Irish building regulations. All this takes time.”

And where’s the incentive for this workforce? The cost of renting, of commuting and the standard of living all make it prohibitive, she says.

But there is a chink of light in the gloomy outcome. While renovators can’t contest the rise in the main structural components – materials and contracted labour – they can trim costs on finish choices, she says.

Rather than a beautiful hand-made kitchen you could opt for a straight-forward package, complete with countertops and appliances – the lead times on appliances now range from four to eight months – due in part to a shortage of computer chips. Ditto solar-powered roof lights. Instead of the flooring of your dreams you could choose a reasonably-priced laminate for the living and kitchen and a cheap carpet for the bedrooms that you can change in a few years. You can also deal direct with suppliers of kitchens and wardrobes, even opting out of the latter for a while and making do with clothes racks, open shelving and baskets, she suggests. It doesn’t have to be perfect from day one.

“It’s about being flexible and thinking laterally,” she says. Like one of her clients, who had ordered a new range cooker last April and is still waiting on its arrival even after she had moved back into her newly renovated home. What did she do? She took the offer of an an old gas hob belonging to her mother as she continues to await the range’s arrival.

“Self-builders have been hit badly at this time,” she says. “If my builders, who’ve been using the same contractors for years, can’t get the talent back when they need it, a self-builder, who is only doing this once, has very little chance.”

She feels that by spring of next year things will have settled somewhat but the labour question will take a lot more time.

“We lost a lot of talent during the lockdowns – workers who went home to their own countries and haven’t returned.”

What can the Government do to help us all?

“An industry-wide campaign promoting tax incentives to bring back Irish and to bring in new skilled labour into Ireland. Reducing the pandemic unemployment payment is another.”

We’re all just going to have to adapt, she says.

“Everything is slower and taking a longer time to finish. Everyone’s giving every project more time. I have four jobs that should be finished by the end of this month and now won’t be done til Christmas.”

Power is one of the key speakers at The Finished.ie and DFS Interiors Theatre, at the Permanent TSB Ideal Home Show. Hosted by Lorraine Keane, it also offers expert advice from architects and TV presenters Hugh Wallace and Denise O’Connor and artist Deborah Donnelly. Stands worth visiting include the retrofit expo hosted by Electric Ireland Superhomes; the eco expo where you can find out more about green solutions for your home. You can get decor advice from Garry Cohn, Ava Byrne of Houseology and Colm Nolan of Circa Design or sign up to one of the free 15-minute consultations by the panel of RIAI-registered architects.